This week we had four students from The Grove competing at Wembley as part of the National Enterprise Challenge Grand Final. The students were tasked to design a new logo for Ryman, which they started during a project in school earlier on in the year. From this initial concept, they have since gone on to develop their idea, which concluded with presenting at Wembley in front of a panel of judges, made up of industry experts from across the country. Unfortunately the girls did not get through to the final 10, but did exceptionally well against more than 200 schools, in very intimidating circumstances (imagine being on stage in front of a crowd at Wembley Stadium!). The girls represented themselves and the school perfectly and we are incredibly proud of them. 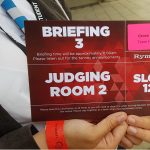 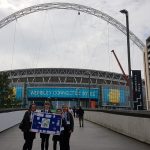 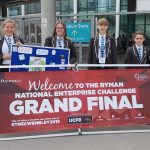 Posted by marchesadmin on 12th July 2019, under Uncategorised