After an exciting FA Cup Attendance Season, the final two forms got narrowed down to Ms Wagner (8HWG) and Ms Griffiths (7EGR).
What an exciting final it was! Both tutors had 5 mins to carve a pumpkin to best represent Ms Young and from the results, you can see that I could not be offended by their efforts! Both Mr Pledger and Ms Giles decided that the winning pumpkin was crafted by Ms Wagner, resulting in 8HWG becoming our trophy holders for the first half term!
Excellent effort from both forms and a fantastic achievement to be the best attending forms in the whole school. Well done!
~ Ms Young, Associate Assistant Headteacher. 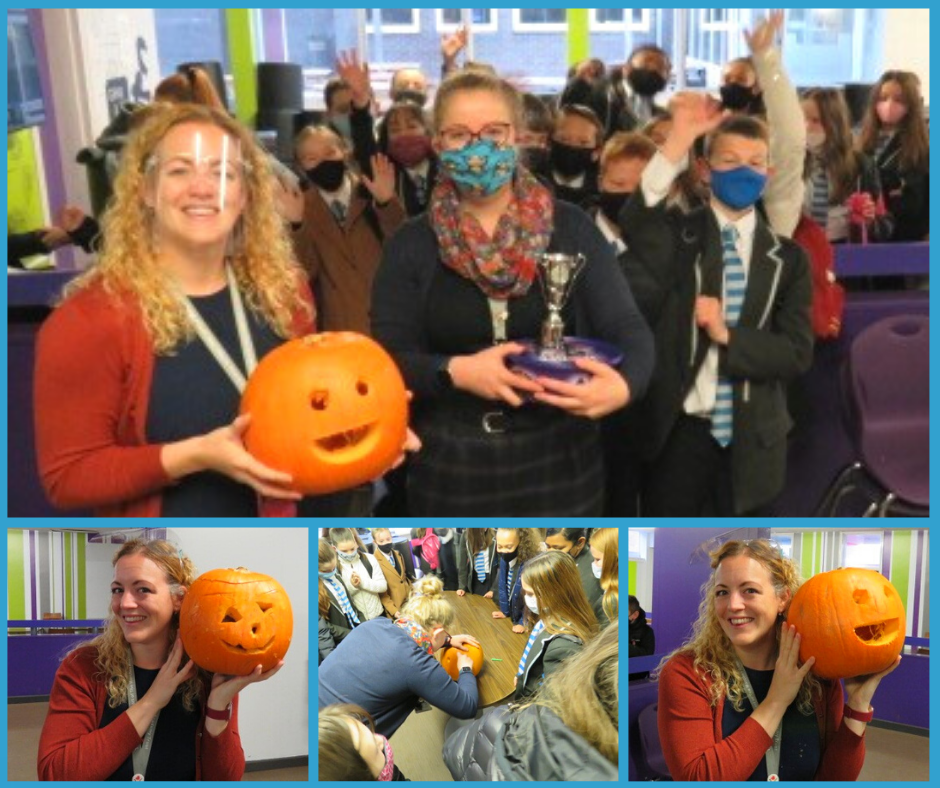 Posted by marchesadmin on 4th November 2020, under Uncategorised

Print Friendly Version
Previous Post: The Grove School has been recognised for its commitment to music!
Next Post: Students accepted onto prestigious STEM Potential Programme